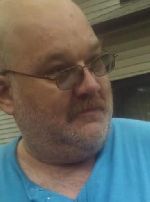 Leonard worked in the fast food Industry for many years and also formerly was employed at Walmart.
He loved his family and enjoyed bonfires.

Preceded in death by a son Chuckie, his parents, four grandparents and his god parents.

A visitation will be held on Saturday, October 21st one hour prior to services at the church.