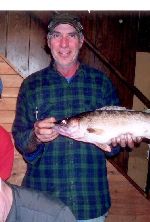 He was born on May 16, 1953 in Watertown the son of Kenneth & Marilyn Quast Helmbrecht.

He was employed as a truck driver for Brose Farms in rural Howard Lake.

Lee was preceded in death by his daughter: Jessica Helmbrecht, his father: Kenneth Helmbrecht, a brother: Keith Helmbrecht and by his grandparents: Louis & Caroline Helmbrecht, Andrew Quast, Ida Quast Roufs and George Roufs.

A Memorial service for Leon “Lee” Helmbrecht will be held on Saturday, May 1st at 11:00 A.M. at The Chilson Funeral Home in Winsted. Father Tony Hesse will officiate. Readings will be by Edmund Nowak.