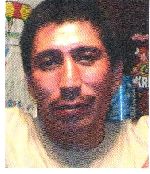 Leon Conrad Whitehawk, age 40, of Minneapolis Journeyed to the Spirit World on Wednesday, June 11, 2014 at his residence.

He was born on August 3, 1973 in Rosebud, South Dakota the son of Elroy Two Strike and Audrey Whitehawk.

Leon was a temporary worker at Timely.

He enjoyed watching TV, listening to music, had a good sense of humor, was generous, liked to tease with his nieces, and also liked classic cars. He also liked to be at home close to his family.

Preceded in death by grandparents and by a brother: Brandon Whitehawk.

Honorary Casket Bearers will be all family and friends.