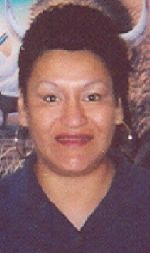 Leia crossed over to the Spirit World Friday the 15th of August 2008 in Duluth, Minnesota.

She is preceded in death by her Mother, Father, and Daughter Yoland Ann Phillips.

Funeral services for Leia Grant were held on Wednesday August 20th at 2 p.m. at the Community Center in Old Agency Village, S.D.