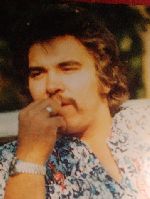 Lee Wayne English Sr (Niizhu Makwug), 68, began his journey to the spirit world on October 29th 2017 in Minneapolis, MN surrounded by his loving family and friends.

Lee was born June 6, 1949 to Herman English Sr. and Barbara Lussier in Red Lake. He grew up there until he moved to Minneapolis in 1960 at the age of 11. He attended Vocational High School in downtown Minneapolis where he was a star football player. While there he met his future wife, Marsha Hunt. Soon after high school they married and began their family. They purchased a home in North Minneapolis where the family has resided for 35 years. They celebrated 49 years of marriage in August 2017.

Lee worked hard all his life to provide for his family. He worked in the printing industry. He began as a pressman and ran the largest presses. He later became an ink technician (ink man) and worked for American National Can for over 35 years until his retirement in 2012. Being an Ink Man was a tough job, on your feet the whole day, mixing 55 gallon drums and bringing them to the presses. He would often work 40 days straight most of which were 12 hour days, before getting a few days off and then do it again.

Lee’s favorite past times included golfing with friends and family. He always got the 6am tee time. He loved the MN Vikings, cheering and enjoying the game at home with his children. And of course, he enjoyed having a few. You could always catch him joking, dancing and teasing with his grandchildren which he loved very much.