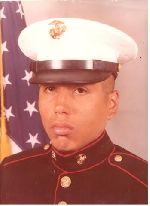 Kevin Dennis His Law, age 55, of Minneapolis Journeyed to the Spirit World on Saturday, March 12, 2016 at his residence.
He was born on October 21, 1960 in Chamberlain, South Dakota the son of Oscar His Law and Minne Fire.
Kevin served his Country in The United States Marine Corps.
He presently was an artist.