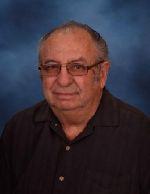 Kenneth William Bebo, age 81 of Lester Prairie, passed away Tuesday, July 5, 2016. He was born June 25, 1935 on the family farm in Lester Prairie, the son of Homer and Mary Louise (Bugnon) Bebo.

Ken is a 1954 graduate from Holy Trinity Catholic High School in Winsted. He joined the Army and was stationed overseas in Germany. He was a dairy farmer until retirement on the farm that has been in the Bebo family since 1857.

Ken was a devout Catholic and prayed the rosary daily. He was baptized and confirmed in the Catholic faith at Holy Trinity Catholic Church in Winsted.

On June 17, 1961 Kenneth William Bebo and Patricia Louise Speiser were united in holy marriage at St. Peter and Paul’s Catholic Church in Glencoe. The two were blessed with three children.

Ken was a member of the Knights of Columbus and the American Legion Post 407 in Winsted. He enjoyed fishing, gardening, traveling, playing cards, and his 1969 Mustang convertible.

Honorary casket bearers will be Cassie Krukow and Ashley Eury.

Serving the family is the Chilson Funeral Home in Winsted. 320-485-4447. www.chilsonfuneralhome.com.