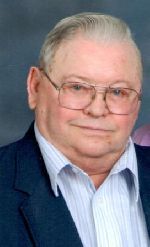 Kenneth Walter Pawelk of rural Montrose passed away Thursday, February 7, 2013 at his residence.

He was born on December 21, 1935 in Woodland Township, Wright County the son of Fred & Elsie Mielke Pawelk.

He honorably served his Country in The National Guard.

Kenneth engaged in dairy farming for many years. He worked hard side by side with his wife Germaine. He took great pride in farming and spent his entire life on the family homestead. He enjoyed his cattle, raising corn, driving the combine and watching Westerns.

A Mass of Christian Burial for Kenneth Pawelk will be held on Thursday, February 14th, 2013 at 10:00 A.M. at Immaculate Conception Catholic Church in Watertown. Father Joseph Fink will be the Celebrant.