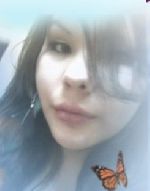 She was born on July 20, 1995 in Bemidji, MN the daughter of Gordon Lussier and Jeanne Thunder.

Kaishauna liked to cook and play volleyball and kickball. She also enjoyed reading, playing with her younger brothers and sisters, Facebook and going to Pow-Wows.

Preceded in death by her grandparents John Lussier and LaVerle Wakefield and uncles Cheyenne Lussier and Nathan Boswell Sr.

Funeral services for Kaishauna Thunder will be held on Friday, August 24, 2012 at 10:00 AM at the Redby Community Center. Michael Dahl will officiate. Interment at the Thunder Family Cemetery.

Chilson Funeral Home, Winsted, MN served the family. Online condolences can be made at www.chilsonfuneralhome.com