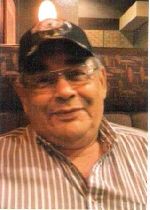 He was born to Myron & Laura (Lussier) Barrett Sr. on April 8, 1943 in Minneapolis , Minnesota. He lived his entire life in Red Lake, MN.

Joseph enjoyed bowling and was an avid boxing fan. He attended numerous matches (ringside seats included) in Las Vegas. He also enjoyed attending and dancing at Pow wows. He especially enjoyed having family gatherings and listening to his grandsons singing and drumming.

Joe worked hard all of his life as a trapper, commercial fisherman along with his Uncle Paul, and after many years of operating his own logging business he retired in 2008.

Preceded in death by his father, mother and by a son: Joe Barrett Jr.

Traditional Funeral Services for Joe Bee will be held on Saturday, November 9th at 12 Noon at The Red Lake Community Center in Red Lake . Lee Staples will officiate.

An all night wake will begin on Thursday, November 7th beginning at 2:00 P.M. & Friday, November 8th at the Red Lake Community Center in Red Lake, Minnesota and continue until time of services on Saturday.