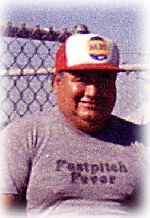 Joe enjoyed many years of playing men’s fastpitch softball all over the United States. He was a talented catcher and coach who was inducted into the Minnesota Fastpitch Hall of Fame. Service times to follow. Interment Oakland Cemetery, St. Paul.