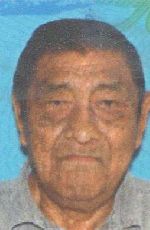 He was born September 27th, 1934 in Red Lake, Minnesota to Abraham and Maggie (Standing) Smith. He had two sisters and ten brothers.

He married Agnes Oakgrove in March 1961. Together they had six children: five sons, Steven, Lyle, John Jr. , Eric, and Phillip Sr., one daughter Linda. They later went on to raise four of their grandchildren Becky, Bryan, April and Eileen. Together they decided to adopt a son Francisco.

He ran a successful logging company with his sons for several years. He worked as a night watchmen at the sawmill in Redby. He then went on to work for Elderly Maintenance until his retirement. He was diagnosed with cancer while employed with Elderly Maintenance, He continued to work as many hours and days a week while undergoing chemo therapy treatments. He eventually started Dialysis and again continued to work as long as his body allowed. He regretfully retired in 2012.

He loved spending time with his family, especially his grandchildren and great-grandchildren. Lately he loved his late night visits with his little sidekick Mase. He enjoyed following the Red Lake Warriors basketball team. He was proud to be in the stands for the record setting game played at the St. Paul Civic Center against the Wabasso Rabbits. The following year he followed the team to St. Louis. In 2012 he was awarded “Fan of the Year” from the Red Lake High School. He liked going to Bingo and the Casino. He was the “King of Bingo” several time at the Palace in Cass Lake.

Funeral services for John Smith Sr. will be held on Saturday, November 30th at 1:00 P.M. at The Episcopal Church in Redby, Minnesota. Father George Ross will officiate.

All night wakes will be held on Thursday, November 28th and Friday, November 29th beginning at 4:00 P.M. at The Redby Community Center. Special music will be by The Cass Lake Ojibwa Singers from 7-9 P.M.

Alternate Bearers will be Darwin Stately Jr. and Justin Rivera.

Honorary Casket Bearers will be Ronald, Dale and Francis Smith and Jim Oakgrove.