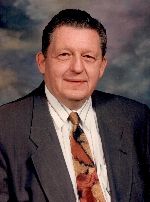 He was born on November 29, 1934 in Victor Township, Wright County, Minnesota the son of Arthur & Meta Yager Krohn.

Jerry honorably served his Country in The United States Army.

In 1981, Jerry Krohn & Barbara Elliott were joined in holy marriage.

He was a faithful member of St. John’s Lutheran Church in Winsted, Minnesota.

Sharon Pingree will be the organist for the funeral service.

A visitation will be held on Friday, June 17th from 4-8 P.M. at The Chilson Funeral Home in Winsted, Minnesota. An American Legion Ritual will be held at 6:45 P.M. Further visitation was held on Saturday morning, June 18th one hour prior to services at the church.