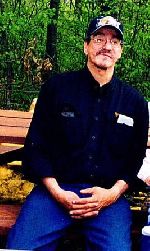 He was born on July 27, 1958 in Red Lake, Minnesota the son of Shirley Smith and Eward Maxwell.

Jeffrey graduated Red Lake High School in 1976. Shortly after graduation he started working at the Redby Mill until it shut down.

Jeffrey was the first Red Lake Nation Brave.
He lived his whole life in Red lake where he met his life long companion Donna Jones of twenty nine years.

Jeffrey enjoyed watching football, wrestling, listening to Country music, going to the races in Bemidji and was part of a pit crew, going to the movies and making his rounds.

He was preceded in death by his father: Edward Maxwell, grandparents: Earl and Carrie Downfeather and a nephew: Duane Maxwell.

All night wakes will be held on Wednesday, January 8th and Thursday, January 9th beginning at 12 Noon at The Red Lake Community Center.

Funeral services will be held on Friday, January 10th at 1:00 P.M. at The Red Lake Community Center. Father George Ross will be officiating. Drum Groups will be “Battle River” and “Ojibewe Singers”.

Interment will follow at the Episcopal Cemetery in Red Lake.

Alternate Casket Bearers will be Harlow Spears and Russell Nelson.