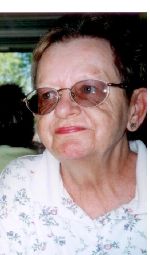 She was born on January 16, 1939, in Winsted Township, Wright County, MN, the daughter of Marvin F. and Isabel A. Remer Lindenberg.

On August 30, 1996 Jeanette C. Schroeder and Gordon J. Bratvold were joined in marriage.

Jeanette was formerly employed at Red’s Café in Montrose and Red’s Pizza in Howard Lake, MN, as a cook. She was a great cook! She enjoyed cooking at work and at home.

She enjoyed gardening, flowers, canning, her life time movies, and going camping with their RV. Jeanette especially loved her grandchildren and great-grandchildren.

Funeral services for Jeanette Bratvold will be held on Monday, October 4th, 2010, at 7:00 P.M. at the Chilson Funeral Home in Winsted, MN.

A visitation will be held on Monday, October 4th from 4-7 P.M. at The Chilson Funeral Home in Winsted.