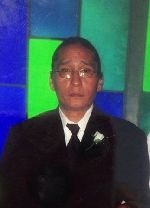 Jarrod was born on June 17, 1969, in Sisseton, SD to Leon Marks Jr. and Fern Barse Backer. He received his GED from McCrossan Boys Ranch in Sioux Falls, SD. He worked for various programs within the Sisseton Wahpeton Oyate from August 2002 until April 2013. He enjoyed listening to music, dancing, playing cards, cooking and talking on the phone. He touched the lives of many people throughout his lifetime, although his life was cut short, he was able to live it to the fullest. He loved to spend time with family and friends. He will be remembered for his happy go lucky attitude that he had. And his willingness to help others whenever they were in need. He will be remembered for his favorite saying “Dayesh”.

Interment will be held at the Sisseton Cemetery, Sisseton, SD.