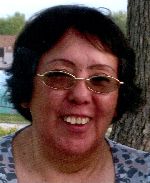 Janice was born on September 29, 1947 to Emily R. (White) Gill and Donald Gill Sr. Janice was a life long resident of the Sisseton area and attended school in Sisseton then continued on to graduate from a Watertown Business School.

Traditional wake services will be held on the evenings of Thursday, 08-04-2011

and Friday, 08-05-2011 at The Community Center in Old Agency Village, South Dakota

Lois Owens, and Virginia Max. Music will be provided by the Cook Boys Drum Group.