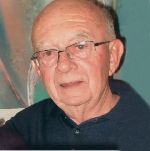 Jan Carter Gilmer, 74, of Howard Lake passed away Thursday, May 23 peacefully at his home. Services will be held 12:00 PM Saturday, June 15, 2019 at Delano United Methodist Church in Delano with Pastor Christina Koppes officiating. Family and friends are invited to gather one hour prior to the service. A luncheon will follow at the church.

Jan was born December 31, 1944 in Minneapolis, MN to Howard and Marjorie (Staples) Gilmer. Jan was a graduate of Howard Lake High School. Jan was united in marriage to Janet Peterson on June 26th, 1964. The couple lived together in Howard Lake until Janet’s passing on August 16, 1994. Jan’s loving companion for more than 20 years, Patricia Salmela, were together until his passing to be with our Lord.

Jan served as Vice President of Gilmer Monument Works in Howard Lake until 1985 when the business was sold. He started Gilmer Hobby and Machine in 1986, continuing his passion for racing by designing, building and selling quarter-scale race cars to clients around the world. He also served his community from 2004-2016 as a member of the Howard Lake City Council.

Jan was passionate about automobiles and automotive racing. He was a self-taught artist, engineer, and craftsman who enjoyed being a race car driver, restoring classic wood boats, and restoring race cars. Jan had the ‘need for speed’, a heavy lead foot on the accelerator, and felt a sense of relaxation and peace when racing. His works of art were cherished and admired by all fortunate to have something hand-made by Gilmer.

Jan is survived by his son, Preston Gilmer and wife Annette Gilmer, of Delano; Grandsons, Dylan and Cole Gilmer, of Delano; Loving companion, Patricia Salmela, of Cokato; along with special brother-and-sister in-laws, nieces, nephews and lifelong friends. He was preceded in death by his parents; wife; brothers and sister, Jerry Gilmer, Jay Gilmer, Bruce Gilmer and Kay (Gilmer) Gerber.

Serving the family is The Peterson Chapel in Buffalo. 763-682-1363. www.chilsonfuneralhome.com.