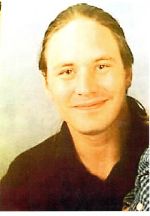 Jamie Allan Greene was born December 28th, 1972 to William “Billy” Greene and Helen Greene. He passed into the Spirit World on Wednesday December 18th, 2013.
He was given his Indian name by William “Sunny” Greene which was Bangii Amik meaning Little Beaver when he was born.
Jamie was born in Minneapolis, Minnesota. After his young years in Minneapolis, he was then raised in the Little Rock Community.
He attended schooling in Red Lake, North Dakota, Oregon, and Bemidji in that order.
He is survived by his father – William “Billy” Greene; his auntie – Susie Putnam; his sisters – Melissa Greene, Billie Jo Greene, and Little Wind Greene; his nieces – Abby Greene, Isabell MacDonald, Cadence Greene, and Makayla Lory; his children – son: Andrue Greene and his daughters: Amber Shockley, Ashlee Gann, Arianna Greene.
He is proceeded in death by his grandmothers – Artie Putnam and Mildred Sumner; his mother – Helen Greene; and his uncle: Marvin “Jiggs” Greene.
Jamie put forth such passion in his hobbies and interests, which included mechanic work, cooking, watching crime shows and enjoyment of all kinds of movies. He loved spending time with his family, visiting with friends and having a house full of noise around to feel the excitement.
An all night wake for Jamie Allan Greene will begin in the evening of Friday December 20th, 2013 at The Little Rock Community Center where a feast will be served in his honor.
Jamie always kept a positive outlook on life and was always willing to lend a helping hand. He was a man you could depend on.