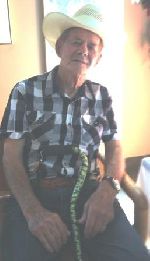 James honorably served his Country in The United States Army.

James was formerly employed as a machine operator for Thermo King.

He was a loving husband, father, grandfather, brother and uncle. He took care of everyone. He was the guy that would stop and help a complete stranger. He would give you the shirt off his back. He was a man of great strength, integrity and morals with a sense of humor and laughter that enlightened everyone he met. He was famous for his storytelling. He loved westerns, working on cars, fishing, playing his harmonica and trying his luck at the Casino. He was the Irish cowboy that married the Dakota native woman and brought two world’s together. He chose his favorite holiday, St. Patrick’s Day, to start his journey to the spirit world. Hoka Hey (It’s a good day to die.)

Preceded in death by his parents, several brothers and sisters and by a son
Matthew James Morgan (2012).

Interment with honors at Fort Snelling Cemetery in Minneapolis with Irish Bagpipes.