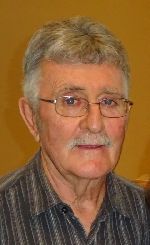 Your wings were ready but we were not.

James (Jim) Henry Fritz, 72, of Mayer, MN left us peacefully in his home on July 18, 2019. Better known as Jim, Jimmy, Dad, and Papa, he was loved by everyone who encountered him. He leaves behind his loving wife of 42 years, Angeline “Angie” Fritz (Legatt). They were married on October 30, 1976 at Annunciation Church in Mayhew Lake, MN. They were blessed with 2 children, John (Kristen) Fritz and Julie (Scott) Andrzejczak and 5 grandchildren who loved him dearly, Beckham, Annika, Emma, Bode and Evelyn. Jim is also survived by his siblings Donald (Karin) Fritz, Marilyn (Marty) Wandersee , Jerry (Sharon) Fritz, Rose (Dave) Russek , Barbara (Dave) Armstrong, Judy (Kenny) Theis, and Linda (Mike) Yantes; and sister-in-law, Kathy Fritz. Jim selflessly served in the Army in the Vietnam War. After his return he made his forever home on a beautiful 10 acre property outside of Winsted, MN. He worked hard for his family for Country Club Markets and Christian Salvesen and was able to retire at age 52.
Even though Jim worked hard, he enjoyed watching his children grow. He would frequently take family trips renting cabins for a week at a time, usually bringing the boat with for some fishing time. They also made yearly trips to the North Shore of MN, frequenting Duluth, Beaver Bay, and Grand Marais. He enjoyed feeding popcorn to the seagulls and teaching the kids how to skip rocks. He spent a lot of time in the winter on frozen lakes and loved catching walleye from Lake Mille Lacs.
Since retirement he had been enjoying manicuring his lawn to perfection, fishing with his brothers on local lakes for bluegills and crappies and going to Little Six Casino. He and Angie enjoyed many bus trips together in recent years to enjoy the beauty of North America. His favorite place to travel was Hawaii. His grandchildren will remember him for all his tickles, “the claw” and his love of ice cream. In recent years he has shared a lot of time with his kids listening to music and saw Tom Petty with them in concert several times. He would never admit to it, but Jim could carry a tune without a problem.
Jim was funny. He was really, really funny. He taught his children how to be incredibly sarcastic which has and will continue to serve them well. The world will be a little less bright without his quick wit, and random funny comments. Jim liked sneezing. He could never explain why but mentioned it on several occasions. He liked to tear up the dance floor at weddings, and always danced a little harder when John Mellencamp “Hurts so Good” was played. No one will ever be able to fry a fish like he did, and his popcorn is known as “legendary” by his grandson Beckham. He will be sorely missed by so many and for so many reasons.
Preceded in death by his infant daughter Donna, parents, Jerome and Isabella Fritz, his brother Roger Fritz and a sister Karen Fritz.
Go rest high on that mountain dear Papa, until we meet again.

A Memorial Mass of Christian Burial for James “Jim” Fritz will be held on Wednesday, July 24th, 2019 at 12 Noon at Holy Trinity Catholic Church in Winsted. Father Tony Stubeda will be the Celebrant. Ron Karels will be the reader. Alice Nowak will be the organist for the Mass.

Inurnment with military rites will follow at Holy Trinity Cemetery in Winsted.

A visitation will be held on Wednesday, July 24th from 9:00 A.M. until time of Mass at Holy Trinity Catholic Church in Winsted.

Urn Bearers will be John Fritz and Julie Andrzejczak.