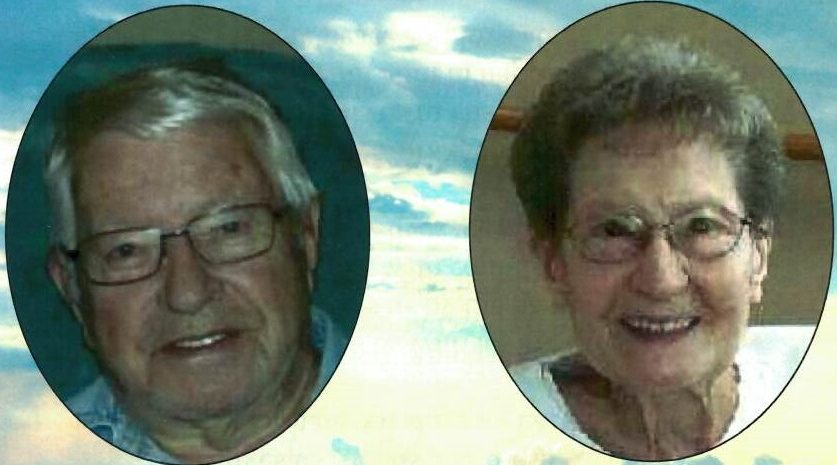 Audrey Dolores and James Paradis, age 90 of Winsted, Minnesota passed away at The Gardens at Winsted, in Winsted, MN.  Audrey was born in Wilno, MN on March 1, 1931, the daughter of Agnatius “Nick” Sovell and Helen Sanocki.  James was born in Redwood Falls, MN on August 14, 1931 the son of Eugene Paradis Sr. and Calvernia Johannek.  James and Audrey were united in marriage on August 2, 1952 in Marshall, MN.  Their marriage was blessed with four sons: William, Thomas, Robert, and John.

Jim started as a meat cutter and later owned his own grocery store, Jim’s SuperValu in Winsted, MN.  Audrey was a homemaker and helped her husband in his grocery business until it was sold.  After selling the grocery store, Jim began his banking career at Winsted Community Bank, later known as Flagship Bank.  He was an outgoing man who enjoyed helping people in the community.  Jim and Audrey loved spending time with family.

Jim and Audrey are survived by sons: William (Zoanne) of Bloomington, MN, Thomas (Luz) of Centreville, VA, Robert (Kathryn) of Moscow, ID and John of San Diego, CA; 20 grandchildren; 30 great grandchildren. Audrey is survived by a sister: Darlene Deutz of Marshall, MN. She is preceded in death by her parents, three brothers and four sisters. James is survived by a brother: Paul of Winsted, MN. He is preceded in death by his parents; brothers: Eugene Jr. and David.

Inurnment will be held at The Holy Trinity Catholic Cemetery in Winsted, MN

The Chilson Funeral Home in Winsted, MN assisted the family with funeral arrangements.