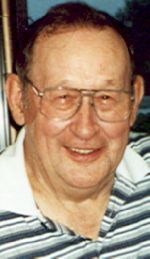 Jack E. Hahn, age 84, of Winsted passed away peacefully at home on Saturday, January 12, 2008 from a long illness.

He graduated from Jordan High School. Jack then served thirty seven months with the United States Marines Corps with two and a half years in the South Pacific.

Jack was formerly employed for many years at Sterner Industries installing creamery equipment. He also held a steam fitter’s license, a boiler maker’s license and a welder’s license.

Preceded in death by his parents:Roy & Agnes Hahn and by two brothers: Bill & Jerry Hahn.