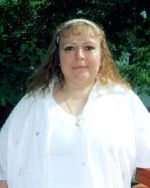 Henrietta Ann Thompson, age 61, of Minneapolis, journeyed to the Spirit World on October 3, 2019.

She was born on October 17, 1957 in Cass Lake, MN the daughter of Eldy Stangel and LaVonne Demo. She was raised in Bena, MN by her grandmother, Ola. She lived a majority of her life in Minneapolis with her companion, Ron Lussier. She enjoyed spending time with her family and friends but above all else her grandkids and great-grandkids. She always lived life to the fullest and will be dearly missed by all that truly knew her. Her laughs and good times were unforgettable.

Funeral services for Henrietta Thompson will be held on Tuesday, October 8, 2019 at 1 PM at Little Earth Community Center.

All night wake will be held Monday, October 7, 2019 beginning at 7 PM at Little Earth Community Center. Drum group will be Hoka Hey.

Chilson Funeral Home, Winsted, MN served the family. On-line condolences can be made at www.chilsonfuneralhome.com