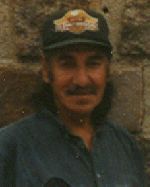 Hazen attended Wahpeton Indian School until his junior year then returned home to help on the farm. Shortly after returning home, he enlisted in the United Sates Army serving in Germany for one year, before returning home where he lived out the rest of his life. He loved to hunt deer and water fowl, trap mink and play moccasin with his brothers, sons, and nephews. They were well known in South Dakota, North Dakota and Canada for their lengthy and intense games, winning many championships over the years. He loved visits from all his children, grand children and great-grandchildren.

An all night wake was held on Wednesday, March 19th from 7-9 p.m. at St. Catherine’s Hall in Sisseton, South Dakota.