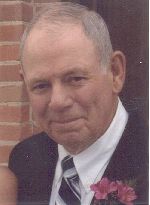 Harvey Dennis Young, Jr., age 72 of rural Waverly died on Sunday, October 28, 2007 at his home after a ten month battle with cancer.

He was born on December 25, 1934 in Minneapolis the son of Harvey & Barbara Williams Young.

Harvey grew up in Minneapolis attending Incarnation Grade School and De La Salle High School, where he graduated in 1953.

He then entered the U.S. Navy and served as an ironworker with the Naval Seabee detail in the Philippines. Harvey served as a naval reservist, receiving a national service defense medal, and was honorably discharged in 1961.

They resided in Minneapolis until 1966 and then moved to a farm south of Waverly where Harvey enjoyed raising cattle, hogs, crops and horses.

Harvey joined the electrical workers union, Local #292, IBEW in 1957 and was honored with a fifty year membership pin in 2007.

Harvey served his community through work in Woodland Township, on the Howard Lake-Waverly School Board and as a member of St. Mary’s Catholic Church where he served as a religious education instructor and on the Parish Council.

In his retirement years, Harvey enjoyed working with his many teams of draft horses which resulted in a close personal relationship with the St. Charles Amish Community.

Preceded in death by his parents: Harvey and Barbara Young and a sister: Mary Lou Schwanz.

A Mass of Christian Burial for Harvey Young, Jr. will be held on Saturday, November 3rd at 10:30am at The Church of St. Mary in Waverly. Father Timothy Cloutier will be the Celebrant. Interment with military rites St. Mary’s Cemetery in Waverly.

Friends may call on Friday, November 2nd from 4-8 P.M. at The Chilson Funeral Home in Winsted.

Memorials may be made to St. Mary’s Catholic Church in Waverly.