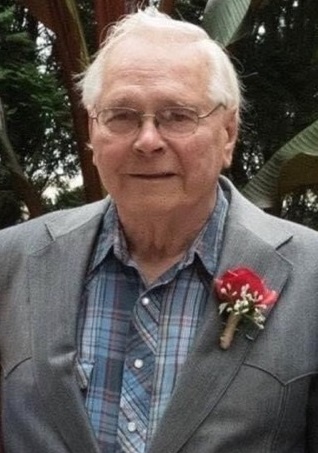 Harold Gene “Harry” Engle, age 92, of Winsted passed away on Tuesday morning, April 27, 2021 at his residence.

Harry graduated from Sauk Centre High School in 1946 where he was an All-Conference Basketball Player. He held the Sauk Centre points per game scoring record for many years. While living in Sauk Centre, he was a farmer.

On September 5, 1955, Harold Gene “Harry” Engle and Liane B. Rademacher were joined in holy marriage at St. Peter and Paul Catholic Church in Elrosa, Minnesota.   God blessed their marriage with four children.

Harry was employed for over twenty-seven years at Sterner Industries in Winsted as a welder.  He also was a school bus driver starting in 1970 for Lester Prairie School District and later Howard Lake Waverly-Winsted School District.

He was a faithful member of Holy Trinity Catholic Church in Winsted.

A Mass of Christian Burial for Harold G. “Harry” Engle will be held on Saturday, May 1, 2021 at 11:00 A.M. at Holy Trinity Catholic Church in Winsted.   Father Aaron Johanneck will be the Celebrant.