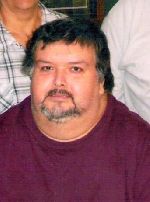 Gordon Charles Swensen, age 48, of Minneapolis journeyed to the Spirit World on Friday, January 11, 2013 at his residence.

He was born in Minneapolis on January 3, 1965 the son of Wayne and Delores (Yellow) Schwensen.

Gordon was a chef at Axel’s restaurant who will be remembered as being a great brother and uncle!

He is preceded in death by his parents Wayne and Delores and his brother DuWayne.

Mass of Christian Burial will be held at Church of Gichitwaa Kateri, 3045 Park Avenue, Minneapolis on Thursday, January 17, 2013 at 11 A.M.

Visitation will take place at the church from 10 A.M. until the time of services.