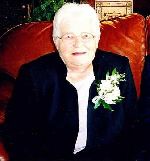 Germaine Helen Pawelk, age 76, of
rural Montrose passed away on Sunday, November 11, 2012 at her residence.

Germaine worked hard side by side with her husband Ken on the family farm and raised their four beautiful children.

She was a member of St. Mary’s Catholic Church in Waverly, but lately The Church of Immaculate Conception in Watertown.

Preceded in death by her parents and by a brother Gerald “Butch” O’Connell.

A Mass of Christian Burial for Germaine Pawelk will be held on Friday, November 16th at 10:00 A.M. at The Church of Immaculate Conception in Watertown. Father Joseph Fink will be the Celebrant.

Interment will follow at St. Mary’s Cemetery in Waverly.

A visitation will be held on Thursday, November 15th, 2012 from 4-8 P.M. at The Church of Immaculate Conception in Watertown. Parish Prayers will be held at 4:00 P.M.

Further visitation will be held on Friday morning, November 16th one hour prior to Mass at the church.