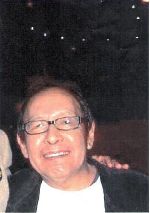 Gary grew up in Red Lake attending St. Mary’s Mission School and graduating from St. John’s Preparatory School. After graduation, Gary moved to Chicago and later to San Francisco and the Twin Cities.

He held various jobs and for the last nineteen years worked at The Red lake Library & Archives.

Gary took an active role in voter engagement and politics. He served as Co-Chair for The Red Lake Political Education Committee for many years.

He was a member of the Beltrami DFL Committee and recently served as a Minnesota Delegate to the National Democrat Convention.

Gary was proud of his Red Lake heritage.

Gary’s sense of humor and quick wit drew many friends. He was cherished by many. Some of his favorite pastimes include going to casinos, playing bingo, attending concerts especially Prince and going to PowWows.

Gary is preceded in death by his parents: Thomas and Delphine Fuller, a sister: Joyce Fuller Wesley, a brother: Vernon, an uncle: Steve Fuller, aunts: Mildred Chicakaway, Pauline Fineday, a niece: Arlene Murphree and by a cousin: Leroy Strong.

Funeral services for Gary Fuller will be held on Monday, July 1st at 1:00 P.M. at St. Mary’s Catholic Church in Red Lake. Father Jerry Rogers will be the Celebrant.

All night wake will be held on Sunday, June 30th beginning at 2:00 P.M. at the Little Rock Community Center in Red Lake.