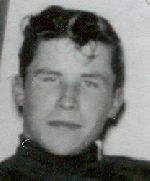 Gary was born November 20th, 1939 in Flandreau, SD to Forrest F. Lovejoy and Della Mae Sutton. Gary grew up in Flandreau where he was a member of the Flandreau Santee Sioux Tribe and attended the Flandreau school systems. He then moved to various cities around the United States before settling in NayTahWaush, MN. He later married Lauren Adele Keahna in April of 1965. He resided in NayTahWaush with Lauren where he loved to drive semi, haul beets, and most of all leech with his grandchildren and his son Brian in Virginia, MN. Gary would do anything to support his family, whom he loved more than life itself. Gary recently moved back to Flandreau, SD in 2005 to be with his family and friends. He spent much of his time raising his horses and watching Nascar Racing and various mystery programs. He will forever be loved and be greatly missed by many.