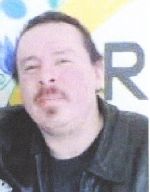 He was born November 12, 1966 to Julius Webster Jr. and Cheryl Stately in Red Lake.

He grew up in Minneapolis until his family moved back to Redby in 1981.

He attended school in Minneapolis and Red Lake.

He worked for Red Lake Gaming for sixteen years starting in Warroad, until he transferred to the Red Lake Casino.

Gary enjoyed going to Heavy Metal Concerts, playing his “air guitar” and jamming to his music. He enjoyed being with his family and friends, especially his Grandma Al and Uncle Steve. Gary was a very kind and caring man who was friendly to everyone.

He is survived by his mother, Cheryl of Warroad, sisters Kimberly Stately (Arlyn) of Redby and Melanie “Eppy” Stately (Lee) of Minneapolis, one daughter Gina Goodman of Minneapolis and a grandson, Evan of Minneapolis, his grandmother Alvina Strong of Redby, aunts, uncles, nieces and nephews and numerous cousins.

He was preceded in death by his father, his sister Rhoda and his brother Julius Webster III. paternal grandparents, Julius and Avanelle Webster.

The Chilson Funeral Home in Winsted, Minnesota is serving the family. Online condolences maybe made to www.chilsonfuneralhomecom