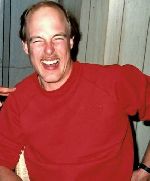 Gary Bernard Wessling, age 51, of Winsted passed away on Wednesday, August 9th, 2017 at Abbott-Northwestern Hospital in Minneapolis.
He was born on September 18, 1965 in St. Paul the son of Bernard H. and Joan (Rasmussen) Wessling.
Gary graduated from Holy Trinity High School in 1984.
He owned and operated Wessling Construction.
Gary enjoyed playing pranks on people, hunting with his buddies, playing cards and was amazing with children.
Gary is survived by his children: Edward B. Wessling and Ellie J. Wessling both of Winsted and Erica A. Wessling of Hutchinson; his father: Bernard H. (Mary Jane) Wessling of Winsted; his mother: Joan Krager of St. Croix Falls, Wisconsin; a brother: Joe Wessling of San Diego, California and by a sister: Susan Krager of Shoreview; other relatives and many friends.
A Memorial Service for Gary Wessling will be held on Sunday, August 13th, 2017 at 5:00 P.M. at The Chilson Funeral Home in Winsted. Reverend Paul Schumacher will officiate.
Alice Nowak will be the organist for the Memorial Service.
A Time of gathering will be held on Sunday, August, 13th from 4-5 P.M. at The Chilson Funeral Home in Winsted.