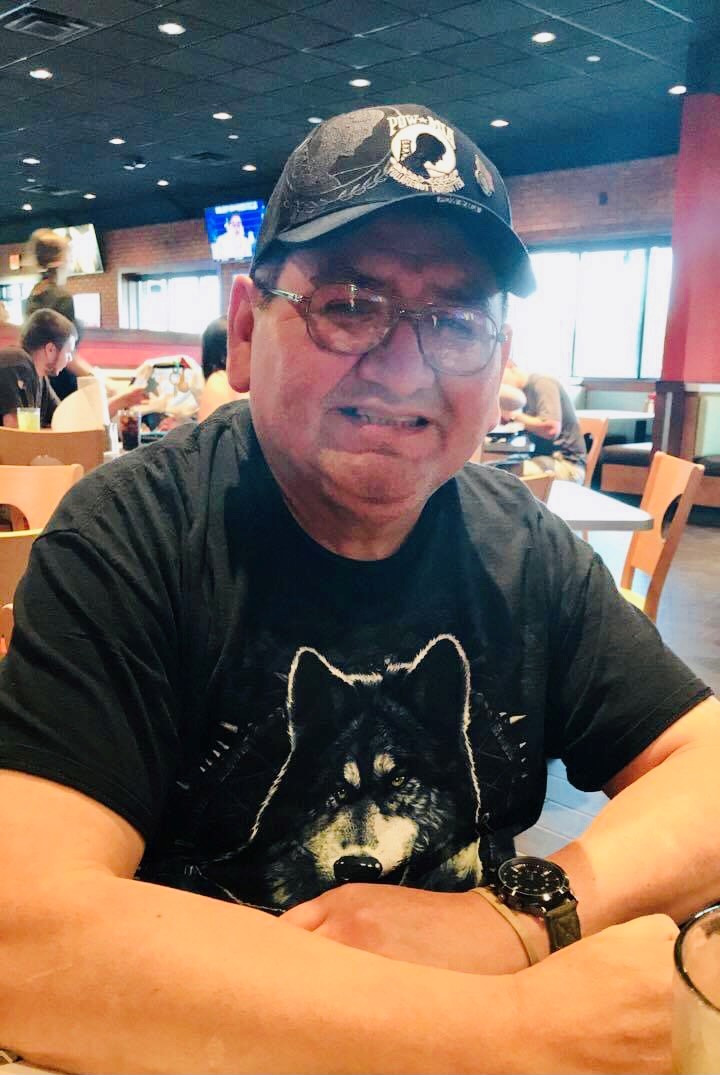 Franklyn Lee Badten, 60, of Mankato, MN passed away peacefully in his home on Jan. 6th of 2021. Franklyn Lee Badten was born on June 14th 1960 in South Dakota to Norma Rita Wilson-Charger and Llewellyn Clifford Bluedog. Frank spent his early years living in South Dakota with his mom and siblings up until he was adopted around the age of 13 by Cleo and Dale Badten of Aberdeen, South Dakota. He then later joined the Army where he spent four of his years traveling and fighting for his country. Soon after getting honorably discharged he and the mother of his children, April Shortman, gave life to 3 daughters.

Frank was a proud father, brother, uncle, cousin and friend. He was an enrolled member of the Sisseton-Wahpeton Oyate tribe. He was an avid movie buff and could name any actress/actor in any movie, he also enjoyed listening to Pandora to the 80s rock station. You would never catch him without his camo, whether it be a shirt, hat or sweatpants. Generosity came as a 2nd language to Frank and showed it daily with his positive attitude and friendly demeanor. Summertime was his favorite season cause it meant grilled food with family and concerts. Anyone he met  left a lasting impression on with his contagious smile and nonstop jokes. He was an amazing guy and will be truly missed by everyone who had the pleasure of spending some time with him.