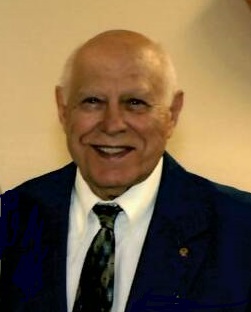 SOCIAL DISTANCING WILL BE REQUIRED

Francis honorably served his country in The United States Army from 1952-1954.

On July 23, 1966, Francis T. Kappel and Carol A. Pothen were joined in marriage at Holy Trinity Catholic Church in Winsted. God blessed their marriage with four children.

Fran retired from Advance Machine Company after over thirty-one years of employment. Upon retirement, he worked with his wife, Carol, in Kappel’s Daycare until the time of his passing. Fran’s love for the kids was evident to everyone with which he interacted.

He was a faithful, lifetime member of Holy Trinity Catholic Church in Winsted, where he was baptized, confirmed, and married. Fran also belonged to The Catholic Order of Foresters (50 + years), The Knights of Columbus Council #8253 (31 years), and the American Legion Post #407 in Winsted (50 + years).

Fran received the Don C. Guggemos Community Service Award from the city of Winsted in 2018 for his many years of volunteerism. For over 18 years, Fran delivered Meals on Wheels to the elderly and homebound. A few weeks before his passing, he had donated his 23rd gallon of blood to the American Red Cross. Fran and Carol also volunteered for many years at St. Mary’s Care Center and the Garden House in Winsted.

Fran’s passion for the community paired with his love for Minnesota Amateur Baseball, of which his involvement spanned returning from the Army in 1954 up until the time of his passing. In 1989, he was inducted into the Minnesota Amateur Baseball Hall of Fame, of which he was very proud and deserving. Two of the big reasons for Fran’s induction included his work with the Winsted Wildcats and youth baseball. One of Fran’s fondest memories of Winsted baseball was their winning of the 1948 State A championship game in Shakopee that he and his father attended when he was 17.

Fran shared his love of baseball with his wife Carol, and together they went on 12 trips with Jay Buckley’s Baseball Tours. They visited many major and minor league ballparks. They also toured notable sites and landmarks such as the National Baseball Hall of Fame in Cooperstown, New York. The highlight of these trips occurred in 2007 while in Cleveland when Fran got to meet one of his heroes, Cleveland Indians Hall of Fame pitcher, Bob Feller. Carol took a picture of the two Hall of Famers, which later appeared in the Herald Journal alongside an article.

Family meant everything to Fran. He attended all events in which his children, grandchildren, and great-grandchildren participated. He loved playing cards, Scrabble, watching Gunsmoke and Matlock, and spending time with his family.

He was preceded in death by his parents, Alfred and Isabella Kappel, his daughter, Connie Frances Kappel Sather, his brothers, Gilbert (Brother Theodore) Kappel, and Marvin Kappel, and by his sister, Delores Schweiger.