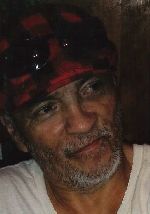 He attended school in Chicago and Wahpeton Indian School. His high school years were spent at Flandreau Indian School. He then moved to Sisseton, South Dakota for the remainder of his life.

Little Joe was a very talented artist. He was best known for his paintings and drawings that are now displayed throughout the state and other places. Little Joe had a very humorous nature about him. He had a unique laugh that will truly be missed. He was always teasing everyone about something. He loved his grandchildren very much and thought the world of them. Little Joe will be greatly missed and was loved by so many.

Funeral Services for Francis Joseph “Little Joe” White III will be held on Sunday, October 15, 2017 at 2:00 P.M. at The Community Center in Old Agency Village, South Dakota. Reverend Joe Donnell will officiate. Music by Sylvester Yellow Back and Tim White.