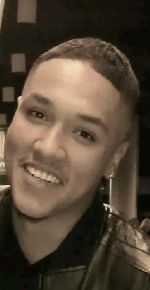 Ferren Dionne Emerson Jr., age 25, of Minneapolis Journeyed to the Spirit World on Thursday, October 12, 2017.
He was born on March 18, 1992 in Robbinsdale the son of Ferren D. Emerson Sr. and Tracy Stillday.
Ferren was a loving and caring person. He always made people smile when they were down. Ferren was a role model and a motivator. He took care of his nieces and nephews as if they were his own children. He put everyone’s needs before his own. He was a very enthusiastic and was a strong willed powered person to accomplish goals in life. He was very loved and will be missed!
Survived by his mother: Tracy Stillday; father: Ferren Emerson Sr.; siblings: Shawnesha Stillday, Lacresha Stillday, Melonie Neal, Kearra Emerson, Darnell Counce, Darntra Counce , Dairyon Hoffman and Haley Hoffman; grandfather: Leonard Stillday; maternal uncles: Shawn Stillday and fiancé Jaimme, and Travis Stillday; paternal uncles: Ira Emerson and Ron Emerson and by a paternal aunt: Kenyatta Shepherd; nieces and nephews.
Preceded in death by his maternal grandmother: Carol Stillday.
Funeral Services for Ferren Emerson Jr. will be held on Saturday, October 28th, 2017 at 12:00 P.M. at The Upper Midwest Indian Center in Minneapolis.
An all night wake will be held on Friday, October 27th beginning at 12:00 P.M. at The Upper Midwest Indian Center.