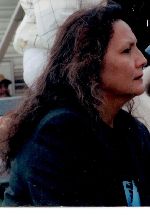 Visitation Information
The auditorium at The Sisseton Wahpeton College
All night wake
beginning at 7:00 P.m.

She graduated from Sisseton High School in 1975. Exzilda later attended and graduated from Vincennes University in Indiana with a degree in occupational therapy.