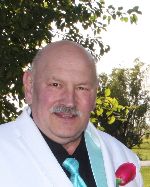 Eugene A. Bayerl, age 70, of Lester Prairie passed away on Saturday, September 30, 2017 at his residence.

He was born on October 15, 1946 in Glencoe the son of Alfred “Fritz” & Lucille Kaczmarek Bayerl.

Gene was store engineer designing grocery stores for Fairway Foods, and was formerly the proprietor of G & K Foods. He was an independent distributor for Schweigert and Minnesota Gold. Gene was a truck driver for K-Way Express.

A visitation will be held on Tuesday, October 3, 2017 from 4-8 PM at the Chilson Funeral Home in Winsted.

A Mass of Christian Burial for Eugene Bayerl will be held on Wednesday, October 4, 2017 at 11:00 A.M. at Holy Trinity Catholic Church in Winsted. Military rites will follow the Mass. Father Paul Schumacher will be the Celebrant.

Urn Bearer will be Jim Zeik.