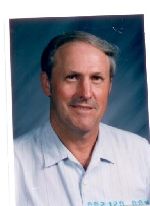 The family moved to Columbia Heights for five years before moving out to a farm in Waverly in 1969. Erv taught at the Columbia Heights Jr. High School and then spent most of his years teaching electronics, power mechanics, home wiring, etc. at the Columbia Heights Senior High School. He retired from there after 31years in 1994. He farmed until 2000 and then had an auction sale and retired from farming. He went on to become the maintenance and cemetery caretaker for St. Mary’s Catholic Church in Waverly for nine years until a brain tumor was found in 2008.

Erv and Marilyn traveled in the winter to all the southern states for thirteen years until settling for the winter in Palm Harbor, FL the past three years. They have met many wonderful people on their travels.

Survivors include his wife, Marilyn Atkinson of Waverly, MN; children, Tim and wife, Vickie of Ramsey, Steve and wife, Joanne of Delano, Suzanne Ericson and husband Michael of Maplewood, and Michelle Larson and husband Bradley of Crystal, 12 grandchildren, Jami (Kyle), Jason, Erica, Courtney, Alexander, Jeremiah, Rachel, Paige, Westin, Brianna, Jessika and Valerie, and two great grandchildren, Saydee and Sicily; brothers, James and Marie of Upsala, Richard and Rita from Little Falls, Fred and Evie from Litchfield, Donald and Kathy from Hamel, John and Marlys from Upsala, and David and Gay from NC; sisters, Alice Koshenina and Tony of Roberts,WI, Helen Heisick and Kenneth of Holdingford, and Irene Lashinski and Gene of Bowlus; many nieces and nephews and other relatives and friends.

Erv was preceded in death by his parents, daughter, Patricia, brother and sister in law, Jerome and Marina Atkinson and other relatives.

A Mass of Christian Burial for Erv Atkinson will be held on Monday, November 1st at 10:30 A.M. at The Church of St. Mary in Waverly.

Chilson Funeral Chapel, Winsted, MN is proud to have served the family.