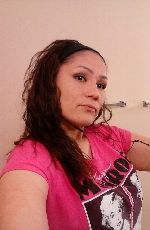 Elizabeth Marie “Libby” Armstrong, age 35, of Morton, Minnesota journeyed to the Spirit World on Tuesday, July 12, 2016 at her residence.

She was born on March 31, 1981 the daughter of John Jason Armstrong and Cindy Billyboy.

Libby was formerly employed at The Royal River Casino.

She enjoyed cooking, music, jingle dancing, native crafts and being with her family, especially her brother John.

Preceded in death by a niece Secrets Marie Billyboy, her paternal grandfather and maternal grandparents.