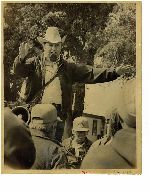 He was born on January 27, 1943 in Hollywood Township, Carver County the son of Woodrow H. & Ardis A. Guetzkow Hecksel.

He honorably served his Country in The National Guard.

In 1964, Eldron became associated with auctions. He later owned and operated Hecksel Auctions.

He was a faithful member of St. John’s Evangelical Lutheran Church in Winsted. Eldron formerly served as his congregations Chairman, Vice Chairman and was on the Building Committee. Eldron also belonged to Winsted American Legion Post # 407. He founded Winsted Legion Days and served over two decades. In 2011, Eldron was honorary Grand Marshall of Winsted Summer Festival’s Parade. Due to health reasons he was not able to be there.

Eldron loved his grandchildren, enjoyed auctions, was handy and liked to tinker with things and was always a people person!

Preceded in death by his parents Woodrow & Ardis Hecksel, a nephew: Darwin Barfnecht, sisters: Janice Barfnecht and June Gongoll and by a brother: Lennis Hecksel.

Funeral services for Eldron Hecksel will be held on Friday, May 4th at 12 Noon at St. John’s Evangelical Lutheran Church in Winsted. Pastor Mark Loder will officiate.

Interment with military rites will follow at Winsted Public Cemetery.

Further visitation one hour prior to services at the church on Friday morning, May 4th.