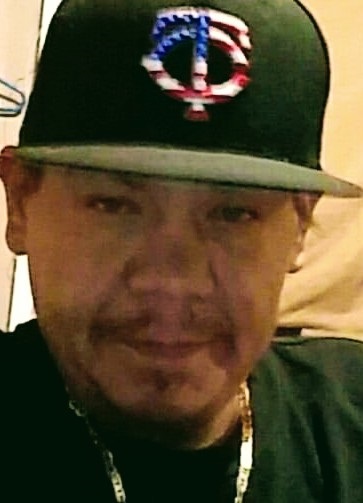 Edward Jack Larson Jr. “Eddie” was born July 27 1984 in Minneapolis to Edward Larson Sr and Jewel Oakgrove. Eddie was raised and educated in Minneapolis attending the City Inc school. After school Eddie worked alongside his father painting for America’s Painting Company and Super Painters and continued until the time of his passing.

Eddie enjoyed watching his Mn Vikings and Mn Twins teams, going to the casino and spending time with family and friends. Eddie was a loving Step father, son, brother, grandson, nephew, cousin and friend but most of all he was a loving uncle to his nephews, nieces and younger cousins. Eddie had a huge heart and will be missed by all.

All night wake will be held on Sunday, March 14,2021 beginning at dusk to all night at The Indigenous Roots Cultural Arts Center, 788 East 7th Street in St. Paul, Minnesota.   Zhoon Gwe We Gaaboo will officiate.

Further all night wake will be held on Monday, March 15th, 2021 beginning at 6:00 P.M. at The Old Pine Point School Community Center.   Mike Swan will be officiating.

Funeral Services for Edward Jack Larson Jr. “Eddie” will be held on Tuesday, March 16th, 2021 at 11:00 A.M. at St. Theodore’s Church in Ponsford, Minnesota.  Father Benny Lipalata will be the Celebrant.