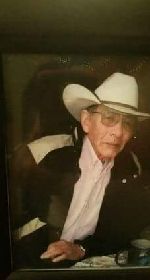 EDWARD DUANE (Kenny) SEABOY JR. of Summit, SD, passed away Thursday, November 19th, 2015, following a year long battle with cancer. Kenny was born to Edward Seaboy Sr. and Ruby (Owen) Seaboy on August,10th 1943 in Sisseton, SD. He grew up in the Waubay area, where he attended elementary and high school. He later attended SWCC. Kenny was a life long learner and pursued a wide variety of interests.In his younger years, Kenny loved to Rodeo. His favorite events were saddle bronc & bare back riding….a passion which he would later pass on to his sons. Kenny also served as a BIA Law Enforcement officer, a Probation Officer, a Public Defender and a Para Legal. He was voted in as a representative of the Enemy Swim district to the Sisseton-Wahpeton Sioux Tribal Council from 1981-1982. He was also a Substance Abuse Counselor and Red Road Consultant for Dakotah Pride…he continued work in this field for many years and on other reservations (Ft. Thompson, Lower Sioux and Crow Agency Montana). He was an eight-time traditional sun dancer and was very active with the 38+2 Unity riders. Kenny was also an AIM member and participated in the International Treaty Conference Coalition along with many non-profit organizations. He was known for his creativity and commitment to the betterment of his people and family. Kenny truly enjoyed working with children of all ages in the rodeo world, he was mentor to all, and hosted many rodeos in his community. He was a much respected tribal elder, known for his endless stories, a wonderful sense of humor, creativity, vast skills and experiences from all over the world.Kenny was the owner, operator and creative genius of his own saddle making business, Pony Tracks Custom Leathers, for over thirty years. He was very passionate about his saddle and chap making skills. He made numerous saddles, boots, chaps and all types of rodeo equipment for professional and local cowboys alike. Kenny’s artistic skills later evolved into creating and tooling stories into his custom orders. He was a one of a kind, unique and gifted artist. His passion and talent can be seen in many locations around his community…such as the SWCC & SWO Tribal offices, Dakota Sioux Casino, Veteran’s hospital in Sioux Falls, SD and many other reservations in Minnesota.Kenny was the 3rd of six children. His siblings include Orville Seaboy, Deanna Seaboy-O’Riley, Sharon Seaboy-Cloud, Beaman Seaboy, and Bonita Seaboy-Flammond. He is survived by his wife of 32 Years, Shirley Jean (Hill) Seaboy of Crow Agency Montana. Kenny was the proud father of six children: Kenny Seaboy, Trinie Sr. Seaboy, Georgiann Kristine (Krissy) Seaboy-McCauley, Lonnie Seaboy, Tessa Seaboy and Shannon Seaboy-Cordell. He was also a very proud grandfather & great grandfather of sixty-two children. Kenny will be truly missed by all of his Hunka family & friends!Kenny was preceded in death by his father and mother, Edward and Ruby Seaboy, and one daughter, Krissy Seaboy-McCauley.