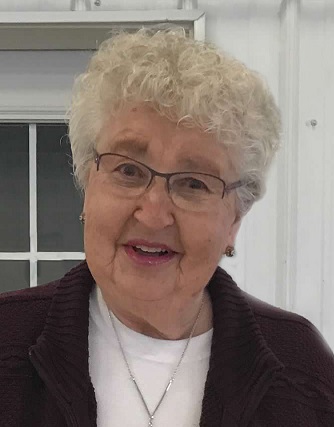 Edna attended Country school (District #23) for six years.  She then went on to the Belle Plaine Public School and High School, from which she graduated in 1956.  Edna then attended Wartburg College, Waverly, Iowa for four years, graduating in 1960 with a degree in Elementary Education.   She taught school for eight years: three years at First Lutheran School, Blue Island, Illinois; three years at Cross Lutheran School, Pigeon, Michigan; and two years at the Elementary Public School at Biwabik, Minnesota.

While teaching in Biwabik, Minnesota Edna met her husband Vernon A.H. Ide and on August 17, 1968 they were married at St. John’s Lutheran Church, Belle Plaine, Minnesota by the Reverend Vernon D. Bigalk.   She and her husband farmed the Ide Homestead near Glencoe, Minnesota and were faithful members of St. Peter Evangelical Lutheran Church in Lester Prairie, Minnesota.   They were blessed with three children: Teresa, Faye and Ryan.

For many years Edna sang in choirs at the schools where she taught, was a member of Ladies Aid, taught Sunday School and belonged to Home Extension.  Edna enjoyed farming with her husband and later  with her son, Ryan.  She also enjoyed gardening, reading, traveling, photography, puzzles and especially her children and grandchildren.

A visitation will be held on Friday, January 29th from 5-8 P.M. at The Chilson Funeral Home in Winsted.   A Prayer service will be held at 7:45 P.M.

Further visitation will be held on Saturday, January 30th one hour prior to services at the church.

Funeral services for Edna Ide will be held on Saturday, January 30th at 10:30 A.M. at St. Peter’s Evangelical Lutheran Church in Lester Prairie.  The Reverend Joshua Arndt will officiate.  Vocalist will be James Ide and he will sing “In the Garden” and “Away in the Manger.”   Congregational hymns “Nearer my God to Thee” and “What a Friend we have in Jesus.”

Arrangements for Edna Ide are by The Chilson Funeral Home in Winsted.   Online condolences may be made to www.chilsonfuneralhome.com