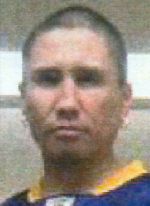 He moved to Minneapolis in 1984 where he attended Heart of the Earth Survival School. Dwight then attended school in Pierre, South Dakota B.I.A. School. He then went to Crow Creek High School
in Stephen, South Dakota.

He met Danielle Ruiz and they had a son Darrick Drapeau together.