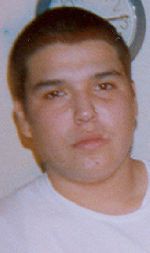 Dustin was formerly employed as a farm laborer around the Grafton area and later became a cook at Burger King in Fergus Falls.

He enjoyed hanging out with his friends, listening to music and fishing.

An all night wake will begin at The Community Center on Sunday, June 29th beginning at 7:00 P.M