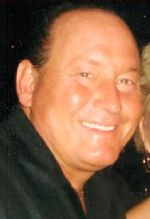 He has served on the local businessman’s association and as Treasurer and Director of the Lester Prairie Foundation for Education. He has been an active member of the Independent Community Bankers of Minnesota and the Bank Holding Company association serving on the Board of Directors of both organizations.

He was an extremely active community member and promoted and supported many local community involvement projects.

He was cherished by his family and many, many friends and will be dearly missed by all. He lived life to the fullest with no regrets for things left unsaid or undone. Our community and our lives were the richer for the privilege of having him in our lives even though far too brief a time.

“The clock of life is wound but once, and no man has the power to tell just when the hands will stop, at late or early hour. Now is the only time you own. Live, love, toil with a will. Place not faith in time. For the clock may soon be still.”

A Concelebrated Mass of Christian Burial is scheduled for Friday, March 22, 2013 at 11:00 AM at Holy Trinity Catholic Church. Father Paul Schumacher and Father Tony Stubeda will be Concelebrants.

Chilson Funeral Home of Winsted assisted the family with arrangements.