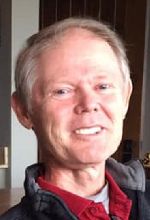 Doug graduated from Holy Trinity High School and continued his education at St. John’s University where he graduated with a Bachelor of Science degree.

He married the love of his life, Carolyn Kritzeck on August 18, 1984 at Holy Trinity Church in Winsted, MN.

Doug was employed at Littfin Lumber Company as a salesman for 44 years. He was a very outgoing man who enjoyed getting to know people and making connections.

He enjoyed attending sporting events and any of his children’s extra curricular activities. He was also an outdoors man and an accomplished athlete who enjoyed hunting, boating, golfing, baseball, and time at his family cabin.

Doug was a member of Holy Trinity Parish in Winsted and Knights of Columbus.

His most cherished accomplishment was his family.

The family expresses their appreciation to all relatives and friends who made an impact in Doug’s life.

A Concelebrated Mass of Christian Burial for Douglas Chalupsky will be held on Monday, August 26th, 2019 at 11:00 A.M. at Holy Trinity Catholic Church in Winsted. Concelebrants will be Father Tony Stubeda and Father Stan Mader.

Readers for the Mass will be Ted Chalupsky and Glenn Chalupsky.

Honorary Casket Bearers will be Gary Chalupsky and Carl Chalupsky.