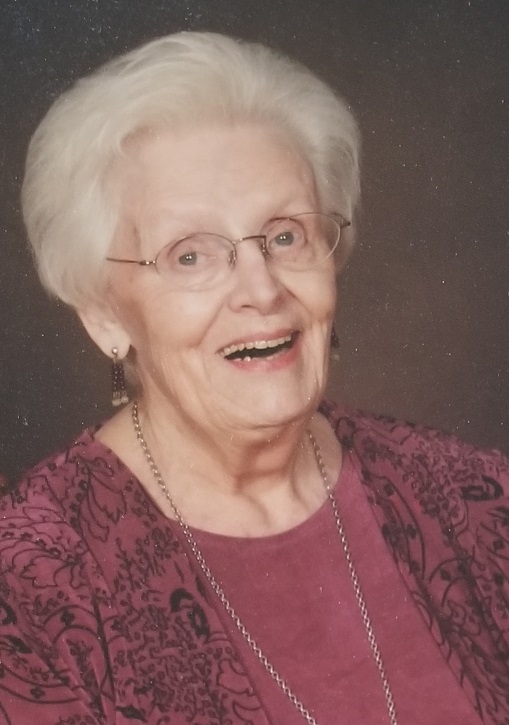 Doris was born in Blue Earth, MN to Cyril and Ange Foss on January 21, 1925. She finished primary and secondary schooling and went on to Northwestern Bible College in Minneapolis and achieved her graduate degree.

She married Clarence Krause in July 1948. Two children born to that union are: Gregory, 1949; and Deborah, 1950. Doris and Clarence Krause divorced. She returned to college to gain a secretarial skill with a focus on insurance to support her children. Doris had a successful work-life with the Sterner Insurance Agency in Winsted.

In 1968, Doris married the love of her life, Clarence Luedke. They were dedicated to each other, their faith and blending their mixed families…it all worked! Everyone loved them and their super dynamic life and blending family was seamless as it grew with new marriages, grandchildren and great-grandchildren.

Doris was well known in her community and her church, St. John’s Lutheran. She taught Sunday School, was a member of the Lutheran Women’s League, sang in the church choir, and enveloped herself in countless charity projects.

Within the past few years, most all people in Winsted knew her as the “Hat Lady,” but earlier the “Cake Lady” had been her moniker, as well as the “Quilt Lady.” An active woman can’t be 97 years old without some very identifiable monikers! Her family acknowledges her church and all of Winsted for the support and good life given to and shared with Doris Luedke!